A Simple Favor
Lionsgate asked PopShorts to help them generate awareness among women and build anticipation for the theatrical release of their mystery thriller, A Simple Favor, starring Blake Lively and Anna Kendrick. 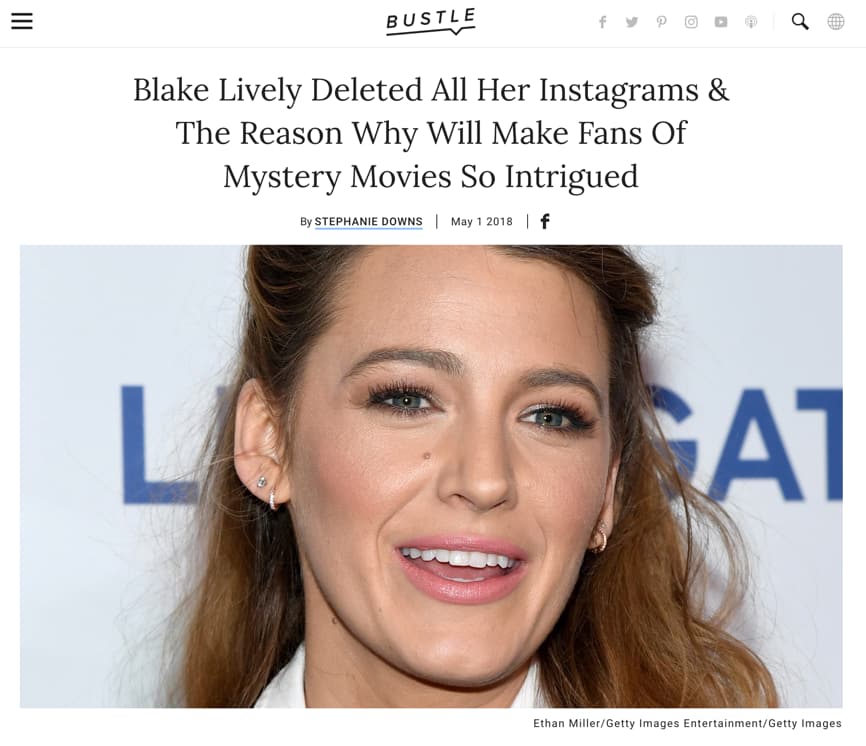 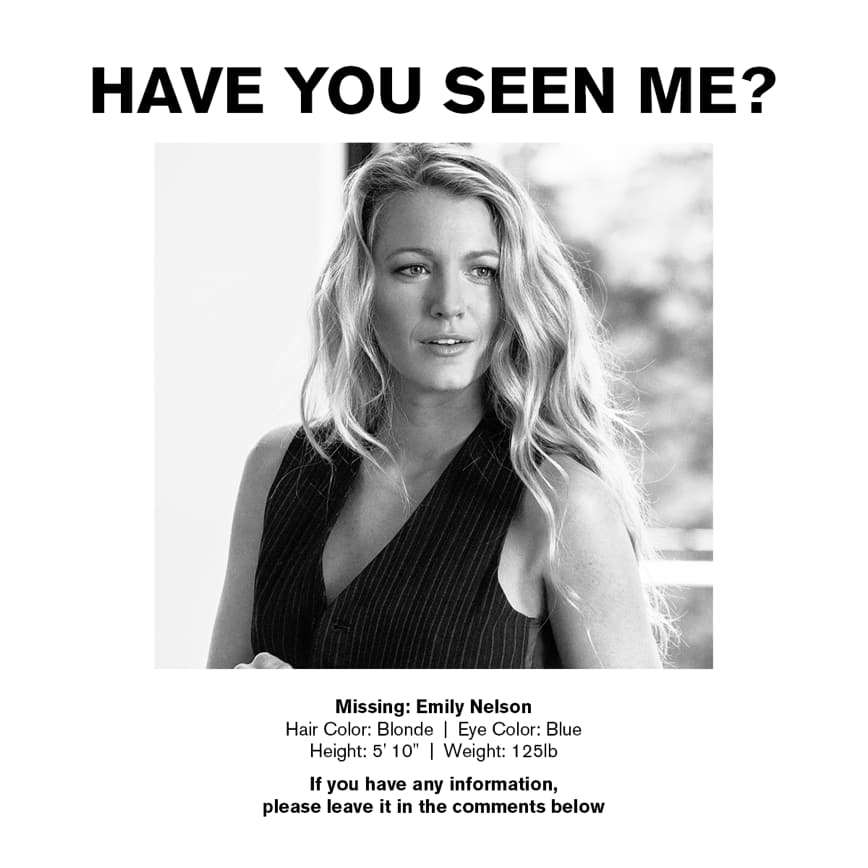 The Search for Emily
Designed to live entirely on the Instagram platform, the mystery required users to join the search party for Emily Nelson (the character played by Blake Lively) and navigate a clever maze of in-world Instagram accounts that were pre-populated with carefully crafted clues that lead users to Emily. 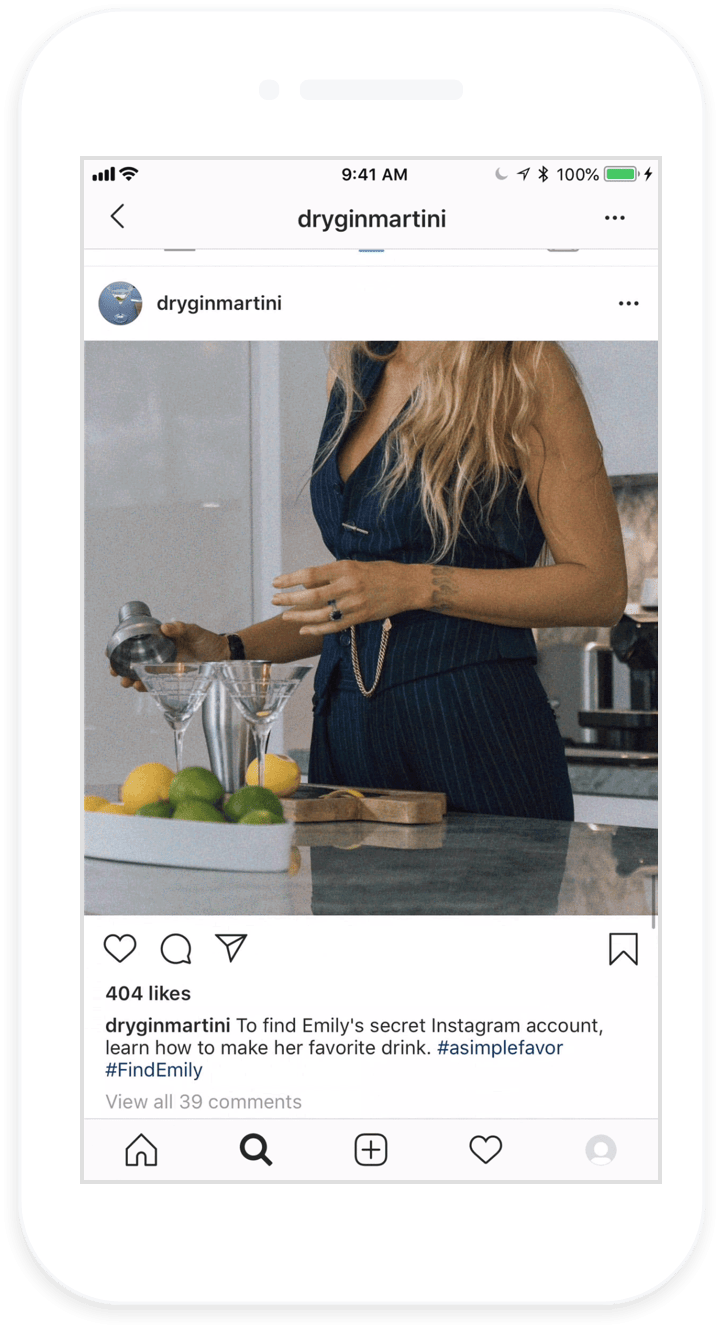 The "detectives" who successfully found Emily's secret account followed it to be entered to win a trip for two to New York Fashion Week and a $1,000 shopping spree, which aligned with the high-fashion aesthetic of both the film and our Instagram mystery. 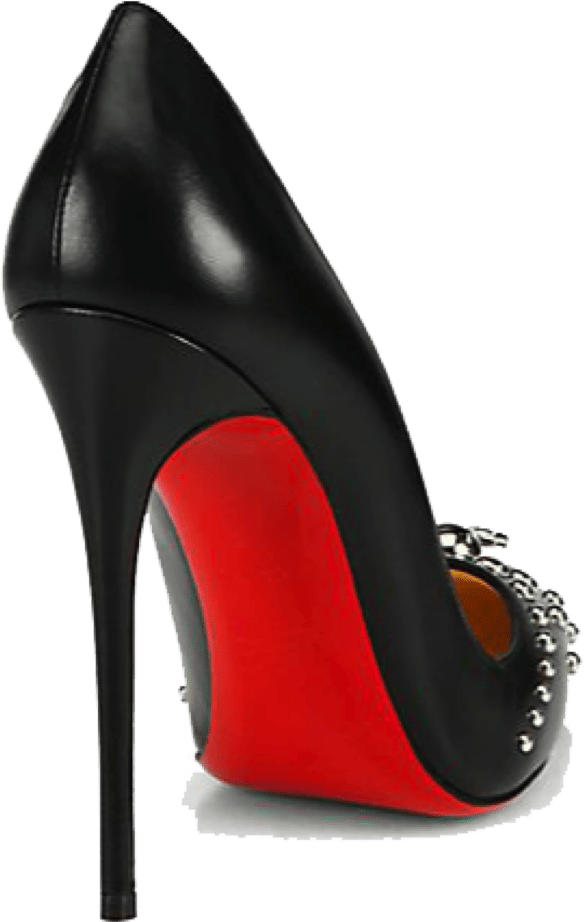 Win a Trip for 2
to New York
Fashion Week
Recruiting Social Detectives
We worked with our team of fashionable celebs, Ariana Madix, Vicki Gunvalson, Lala Kent, and Lauren Burnham, to spread the word of Emily's disappearance and draw traffic to the @Hope.for.Emily Instagram page, which was the starting point for our social media search party. To initiate the search, our four fashionistas each dressed up in their stylish NYFW attire while showing their audience the missing poster for Emily Nelson (Blake Lively). 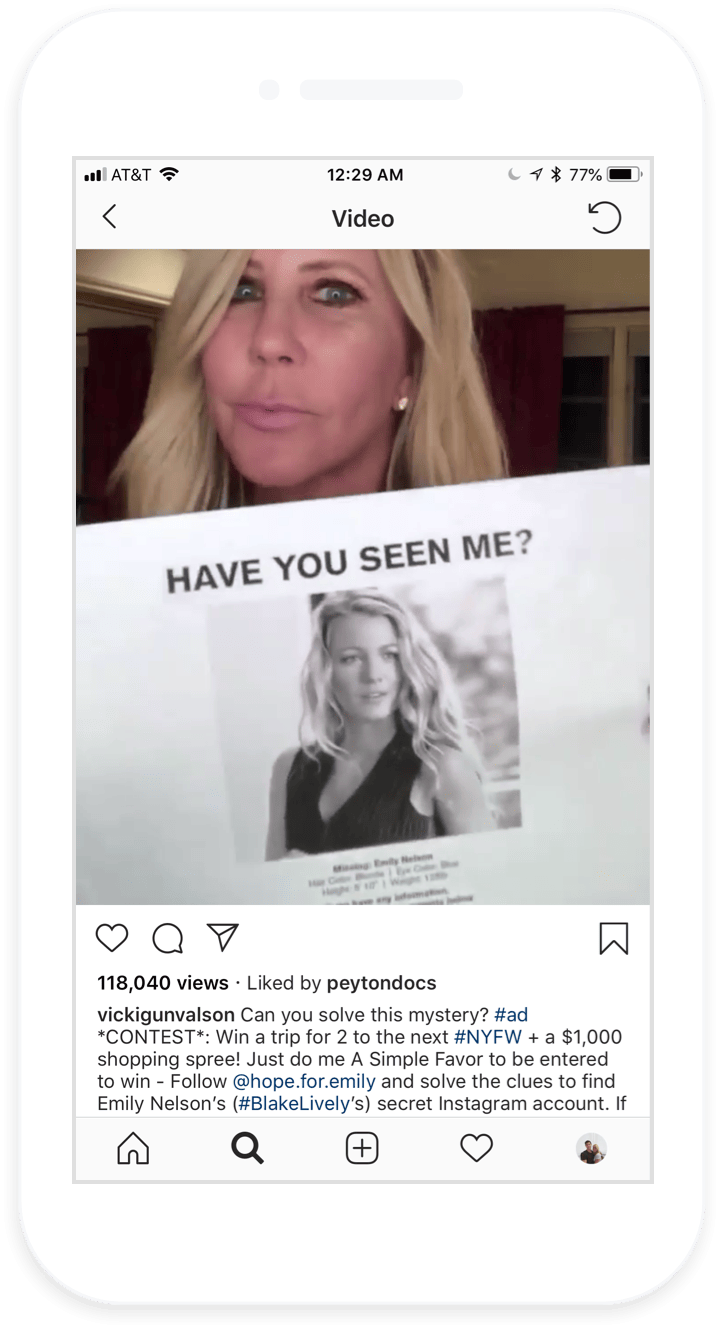 Ariana Madix
Vicki Gunvalson
Lala Kent
Lauren Burnham
Building Buzz During NYFW
As anticipation grew during NYFW, our team of fashionistas each posted hints on their personal Instagram Stories, which were re-posted to the @hope.for.emily page as pinned highlights, providing additional hints for the entire search party. NYFW Sighting
We had a street style photographer, Eddie Newton, embed a hidden clue within his feed that looked like one of his typical NYFW celebrity sightings to give this mystery both a real-time and real-world feel. 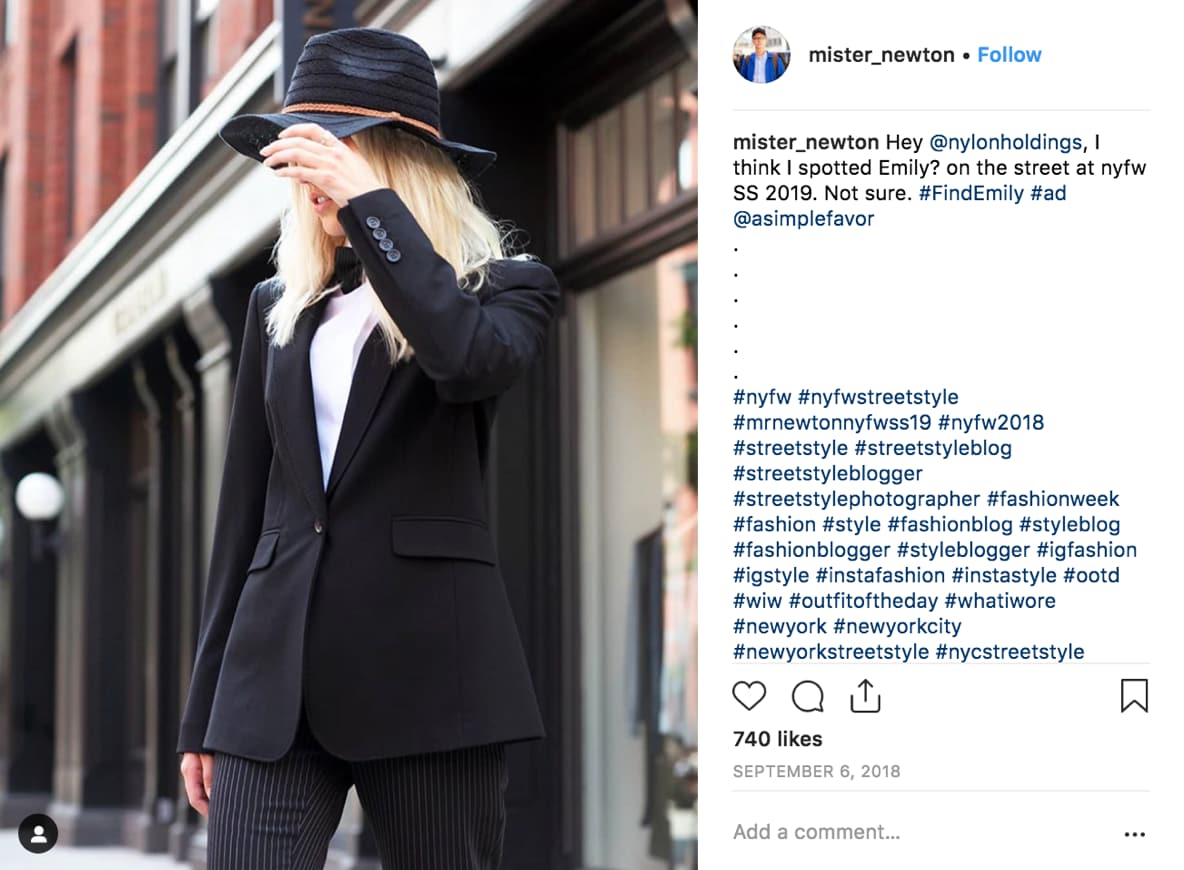 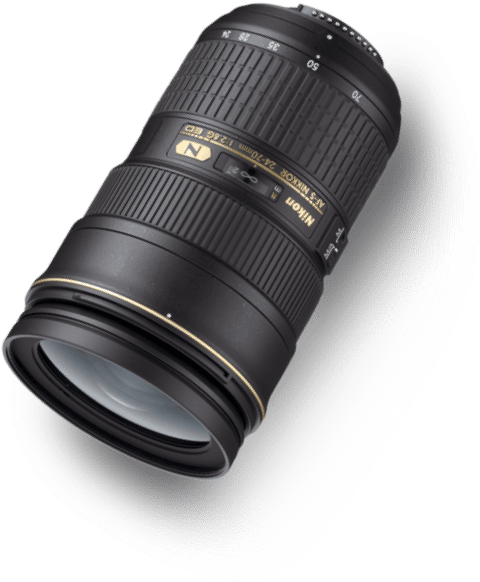 Street Style Photographer
Eddie Newton
Rounding Out the Campaign
A Fun & Captivating Experience
Users could solve the mystery by following any one of 3 possible paths to find Emily's secret account. We made it easy enough for users to solve, but hard enough to make it challenging and fun. 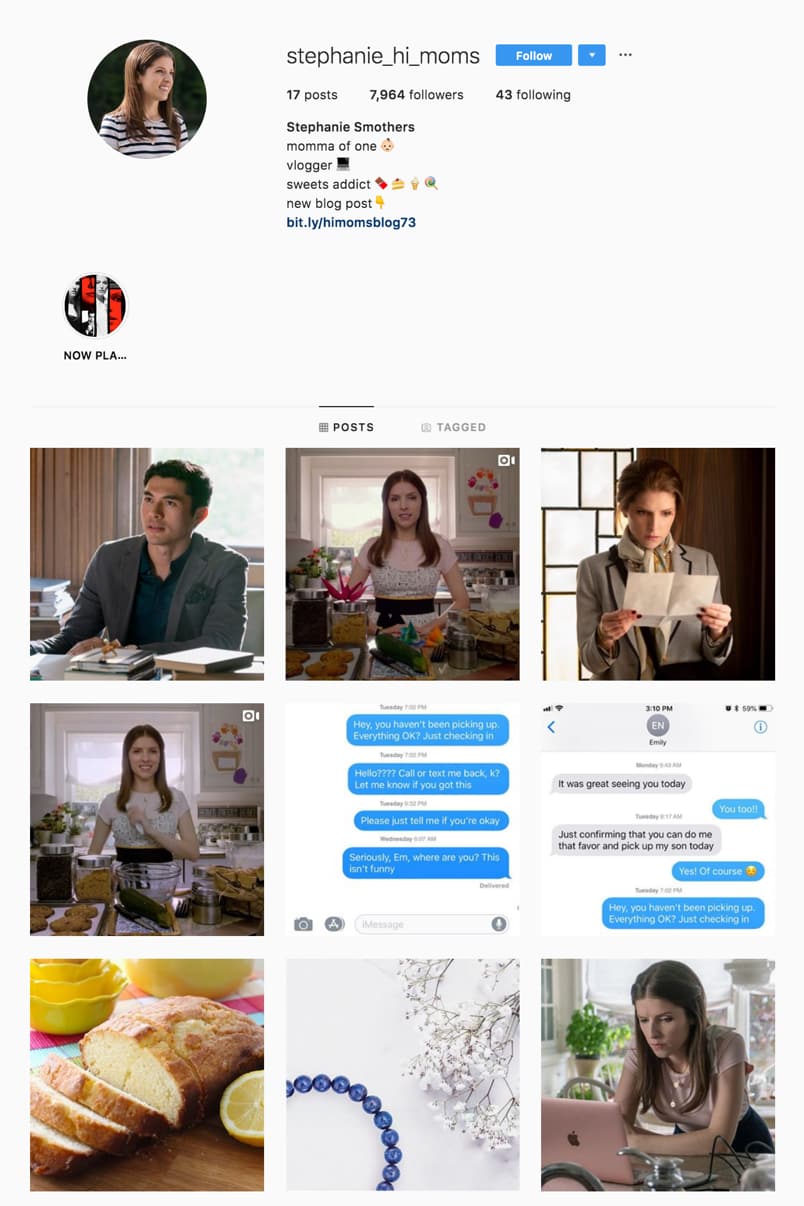 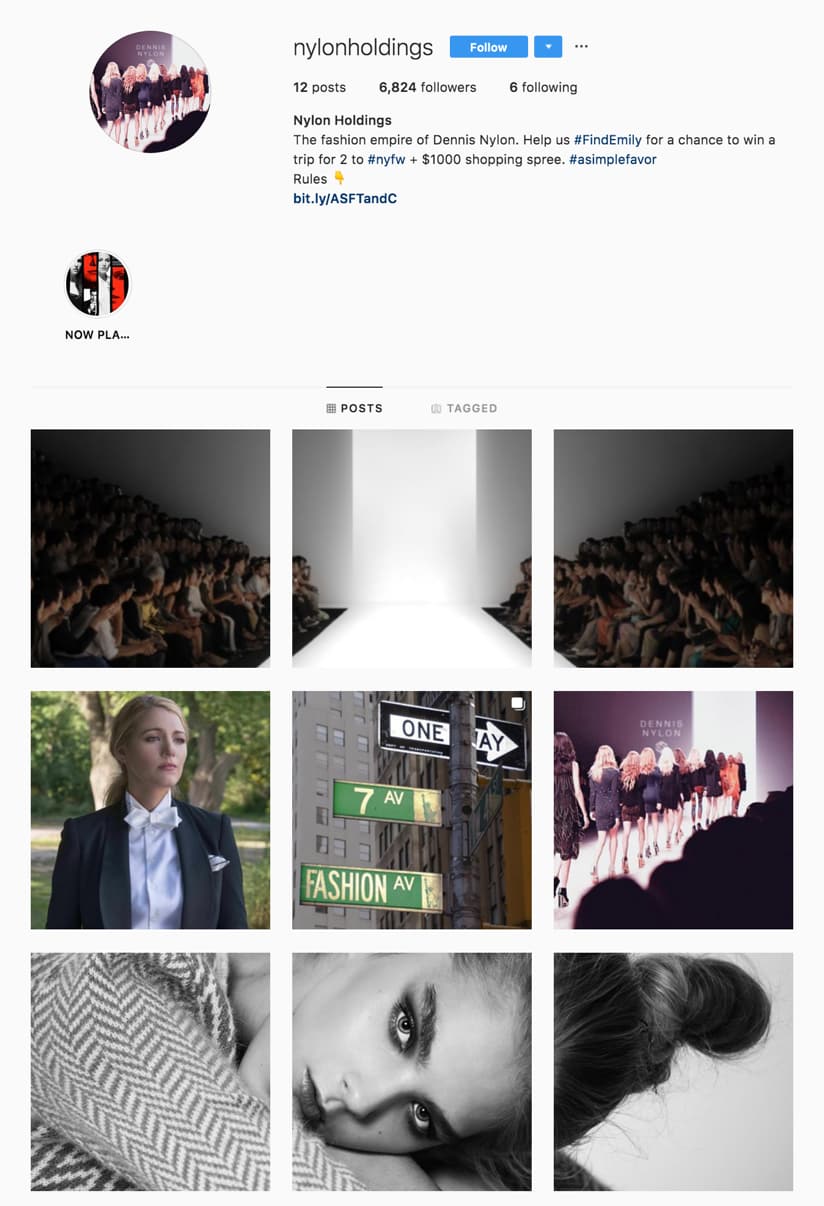 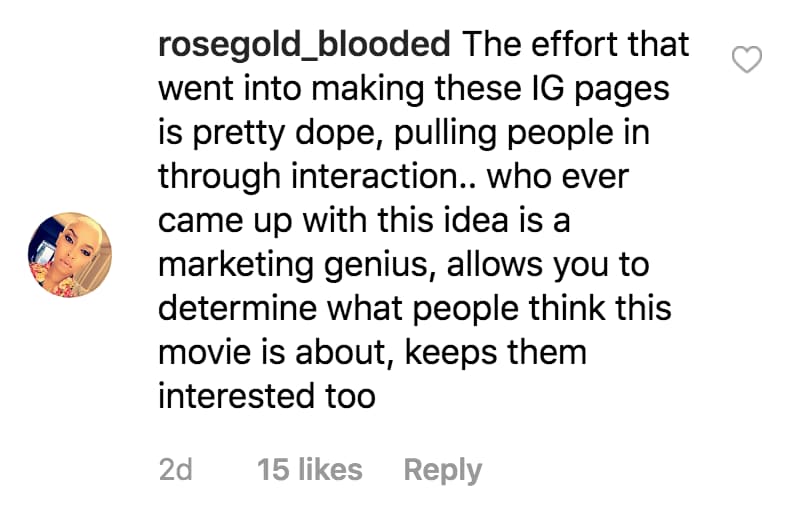 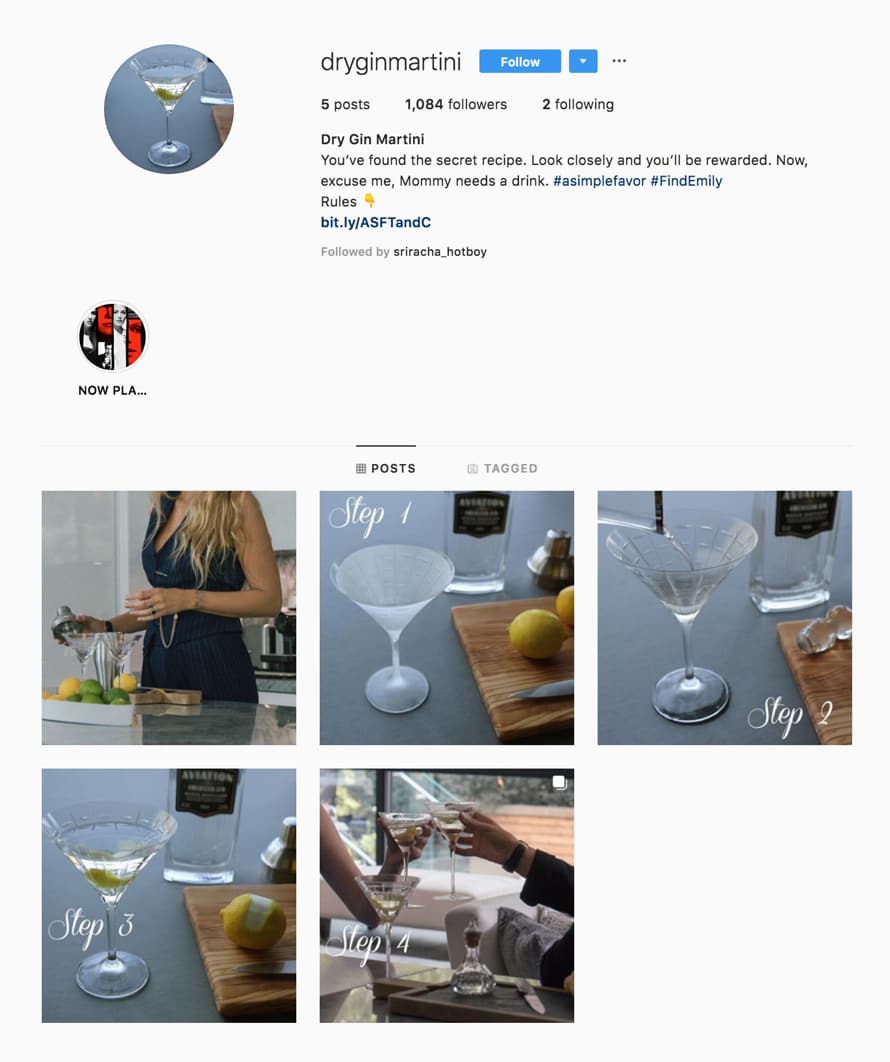 The posts received dozens of comments complimenting the scavenger hunt for being so much fun to solve. 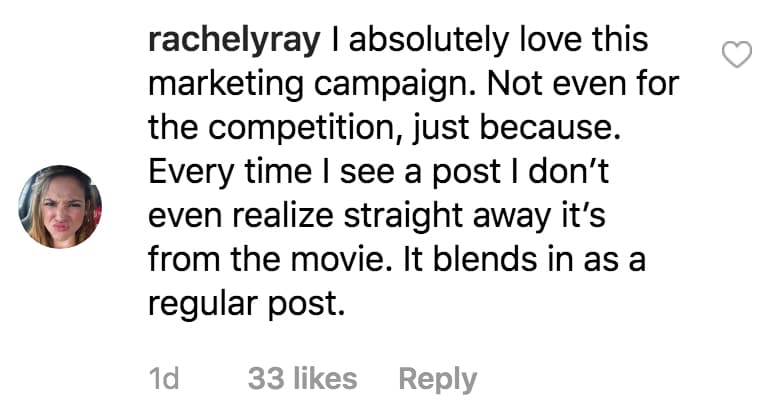 A Simple Favor went on to gross nearly $100MM at the box office.